Last month we published our first title from the wonderful Linda Newbery. Tilly’s Promise is about a young couple caught up in the duty and tragedy of World War One, and in the short time since its release, the response to the book has been wonderful. (See this fantastic five star review from Bookbag). Reviewers have responded to the beauty of Linda’s writing and the touching story of Tilly, her sweetheart Harry and her brother Georgie, and their attention has also been caught by the cover. Today we’re going to post in more detail about the design of the Tilly’s Promise jacket artwork.

The concept
Settling on a cover image for a book is one of the most enjoyable but most challenging aspects of the publication process. We knew that we wanted the cover of Tilly’s Promise to really speak to the time period of the book. During the Great War, embroidered silk postcards became hugely popular. The cards were made in France and Belgium using love symbols, patriotic messages and other motifs. The British and American soldiers stationed in France loved these delicate tokens of communication and sent many thousands home. Here are some real examples, sent from France to Britain a century ago, to our MD Mairi’s great-grandmother. 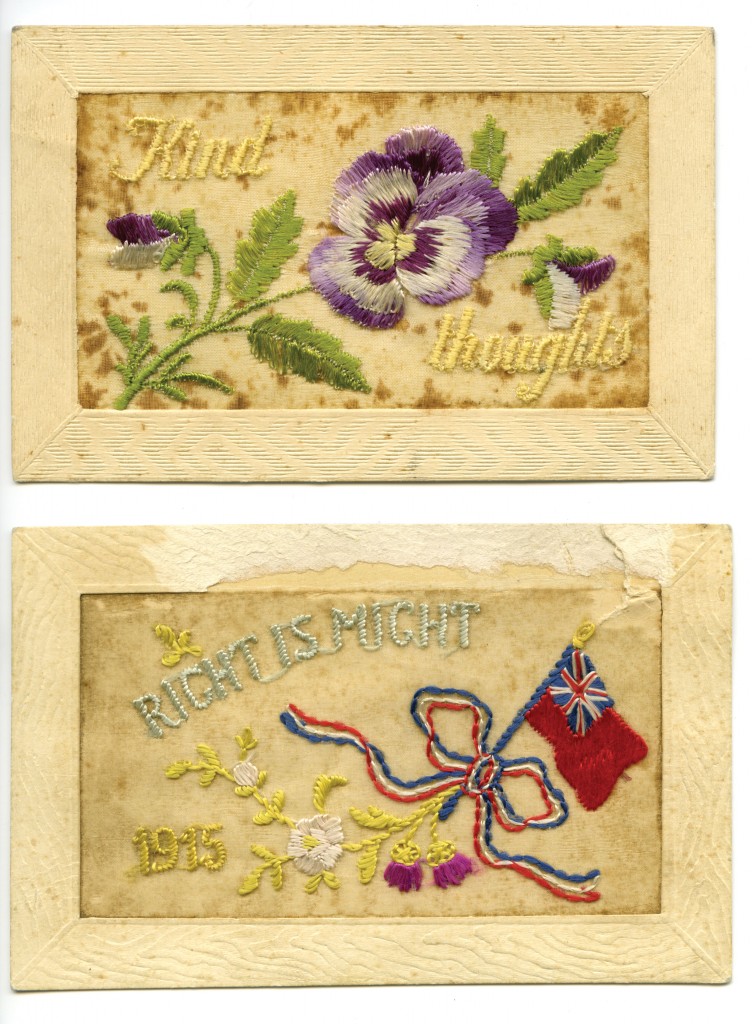 The artist
Having settled on a concept for the book, we were a bit at a loss as to how to source an embroidery artist. Luckily Christine of the Artist Partners agency came to our rescue during a meeting at London Book Fair in 2013. Christine was about to skip past artist Stewart Easton in her presentation folder with the words ‘Stewart does embroidery so that’s not so relevant to you’ when we pretty much snatched the folder out of her hands and asked to commission him then and there.

Stewart took our ’embroidered WWI postcard’ brief and put together some ideas for the cover composition, settling on the use of very clear and powerful imagery. Stewart says: ‘There were a number of elements I wished to include in the final design such as poppies, doves and foliage. At the centre of the piece I wanted a focal point which carried an essence of sadness – I chose the laying down of a cap.’ Here are some of his early drafts. 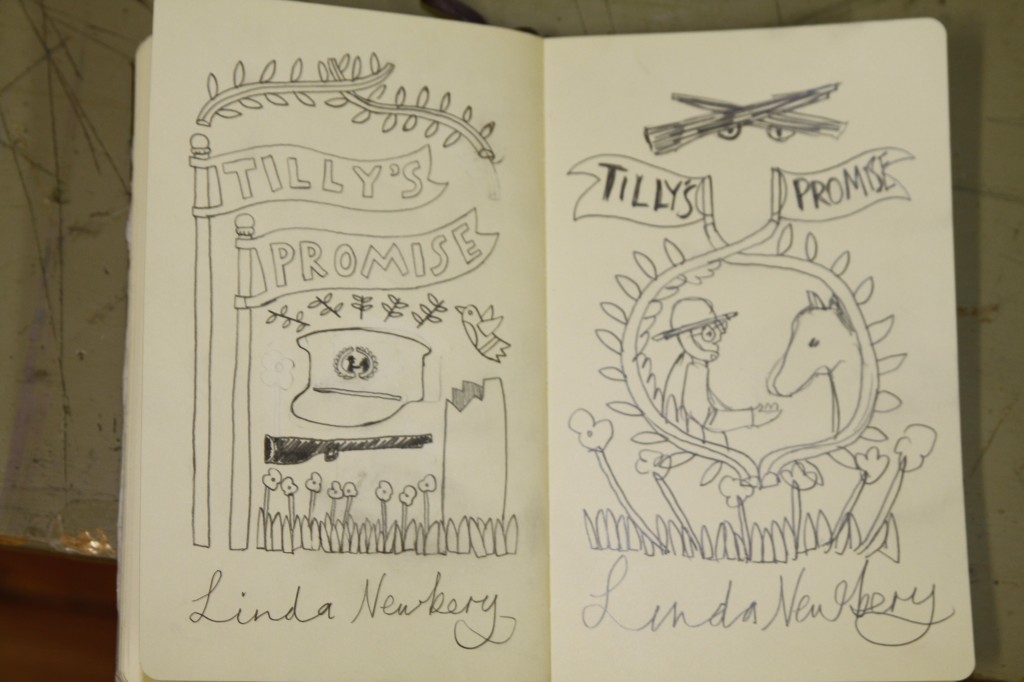 You can find out more about Stewart Easton’s work here.

The final cover
Once Stewart had finished the design, the actual embroidery process began. This final piece was scanned as a digital image and – ta-dah – the final jacket for Tilly’s Promise came to life. Our designer also used the back of Stewart’s artwork as the image for the inside front cover. 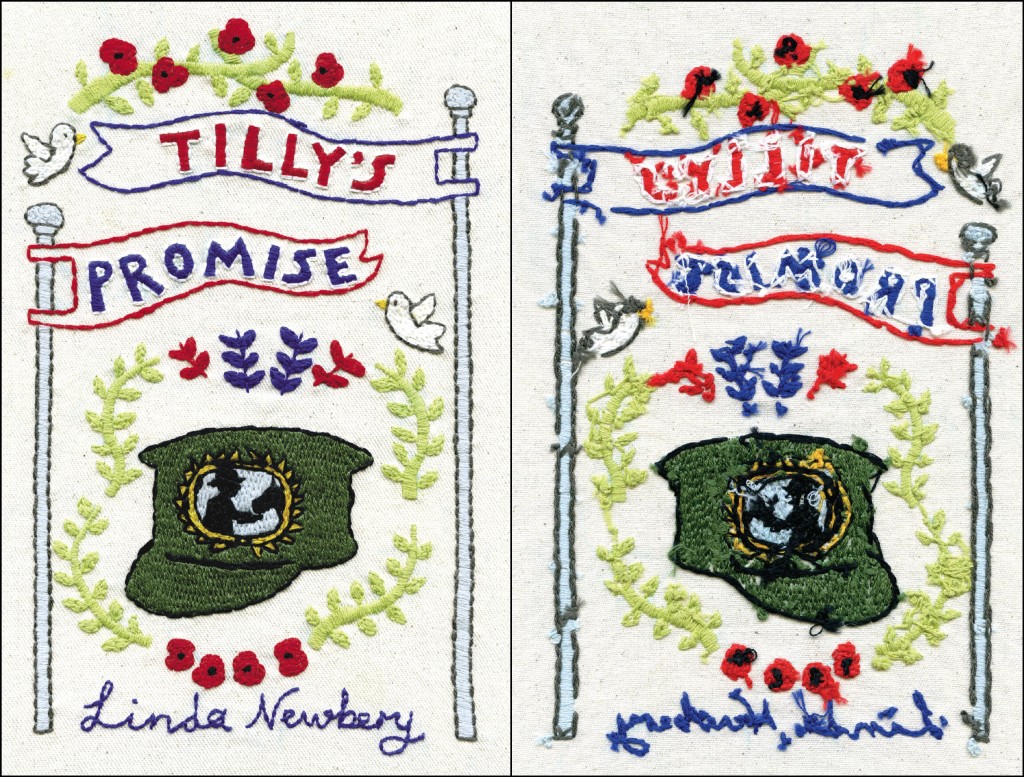