With election night over, we decided to ask some eminently sensible folks in the book world what 10 laws they would pass if they were suddenly put in charge of absolutely everything.

Kicking off our new blog series is the Reading Agency’s David Kendall. David is the project manager for the Six Book Challenge in prisons and workplaces, building reading confidence and changing lives. We asked him which 10 laws he would pass if he were in charge of the world.


1. York Notes and similar cramming aids would be forbidden so people have to read the actual books. Then they could ditch the boring ones.

2. The age to vote would be 16 across Scotland, England, Wales, and Northern Ireland.

3. The North of England would be acknowledged as an independent state (of mind).

4. Children and young people would choose the books they study, at all ages, and those working in education would have the time and inclination to challenge and support them.

5. Stories would be an acknowledged currency.

6. All school lessons would be rated by the children taking part. 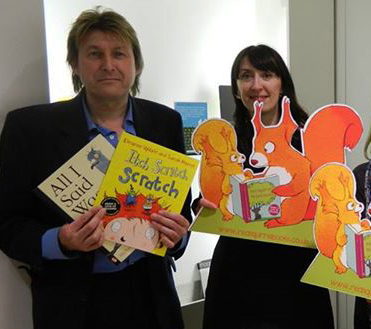 7. All schools would have at least one reading dog for children to read to.

8. Every child would be able to read, understand and perform The Gruffalo in at least three languages.

9. School librarians would be resilient and respected enough to consider it their role to stock reading material that challenges accepted notions of common sense, and accepted ways of doing things.

10. There would be as many picture books on atheism/non-belief/agnosticism as there are on myths from around the world.