We are delighted that the day has finally come when we can shout some exciting news from the rooftops: our new list, The Bucket List, has arrived!

It feels like this is a secret we’ve been keeping for a while; we have been wanting to tell the world about The Bucket List since it was first conceived, and it truly has already become a passion project for everyone on the team.

The Bucket List is a new and exciting collection of powerful, bold and honest writing for children and young people that gives a voice to the voiceless and tells the stories that should be told. Keep your eyes open for the first books to launch under this imprint: Barroux and Bessora’s Alpha and Manuela Salvi’s Girl Detached.

Announcing The Bucket List: an imprint showcasing stories that matter, and voices that should be heard, new from award-winning publishers, Barrington Stoke

Barrington Stoke are delighted to introduce The Bucket List: a brand new imprint that will showcase new voices, fresh perspectives and stories that matter: bold and truthful writing for children and young people.

Widening access and representation is something that has been at the core of Barrington Stoke’s mission, alongside breaking down barriers to reading, from the inception of the company in 1998. The Bucket List will bring into print in the UK books in translation, banned books and refreshing viewpoints. Publishing across the age ranges, from picture books to YA and crossover fiction, books on The Bucket List will at heart all be brilliant stories that provoke thought in, and inspire all kinds of conversations with, their readers.

Mairi Kidd, MD of Barrington Stoke says: “Our new Bucket List is a huge passion project for us all – every book on the list is one we believe really matters. They’re smart books, clear-eyed books, entertaining, hard-hitting, thoughtful and thought-provoking. They trust young readers to think, to feel and to discriminate. There’s a strong visual strand but whether it’s words, pictures or a combination of both, the whole list is about damn good storytelling.”

Launching the list in August 2016 is Alpha, the prize winning (Prix Medecins Sans Frontiers) graphic novel from the acclaimed Barroux (illustration), Bessora (French text) and translated by Sarah Ardizzone, with a foreword from Michael Morpurgo.

Seeking to humanise those dehumanised by the current media coverage and discourse around migration, Alpha is a book for teens and far beyond. Powerful artwork with a powerful story; stark, strong graphic images in a limited colour palette are created in felt-tip pens and water wash to replicate materials available to someone like Alpha to record their experience. (further detail below in notes).

Following on in September 2016 will be Girl Detached by Manuela Salvi, translated by Denise Muir; a book that was banned and withdrawn from sale in her native Italy for its uncompromising and unflinching look at a teenage girl’s experience of grooming and manipulation by an older man, despite stellar reviews. Bringing this silenced voice into print and the English language is something that The Bucket List team feel passionately about; Italy’s loss is our gain: we are very excited to have secured world rights to Girl Detached and look forward to sharing Manuela’s voice worldwide.

Further titles for publication on The Bucket List will shortly be announced.

Alpha Coulibaly’s wife and son have left Abidjan for Paris, hoping to join her sister there. They are travelling without visas and Alpha cannot contact them. Finally, in desperation, he sells up and attempts to follow. With a visa his journey would take hours; without it takes months. It is a story of endless dirt roads, refugee camps, people traffickers, perilous sea crossings and constant danger. Along the way he meets an unforgettable cast of characters – wannabe footballer Antoine, little Augustin, beautiful, damaged Abebi – whose varying experiences and destinies challenge dehumanising discourse around migration.

Barroux is an award-winning graphic novel and picture book artist with a growing reputation in the UK after Line of Fire, the diary of an unknown soldier of WWI which he rescued from a skip in Paris and brought to life with stunning ink and wash. Several well-received picture books include Where is the Elephant (Egmont) and Mr Leon’s Paris (Phoenix Yard). Barroux was born in France, grew up in North Africa and now lives in Paris. He was inspired to create Alpha by the experiences of Togola, a fellow tenant in the squat in which he has his studio.

Bessora is an award-winning novelist and short-story writer. Born in Belgium to a Swiss mother and Gabonese father, she is a past winner of Grand prix littéraire d’Afrique noire.

Sarah is an award-winning translator from French and worked with Barroux on Line of Fire and related events. She has also worked as a festival curator and a journalist reporting on multicultural and multilingual issues. She has won the Scott-Moncrieff Prize and the Marsh Prize, and is a patron of the children’s world literature charity Outside In. She lives in Brixton.

Michael Morpurgo OBE was the third UK Children’s Laureate and is perhaps best known for War Horse and its smash hit stage and screen adaptations. Michael introduced Barroux to the UK market with a foreword and joint events for Line of Fire. Of Michael, Barroux says, ‘he is the perfect person to introduce Alpha because he has such a big heart.’ 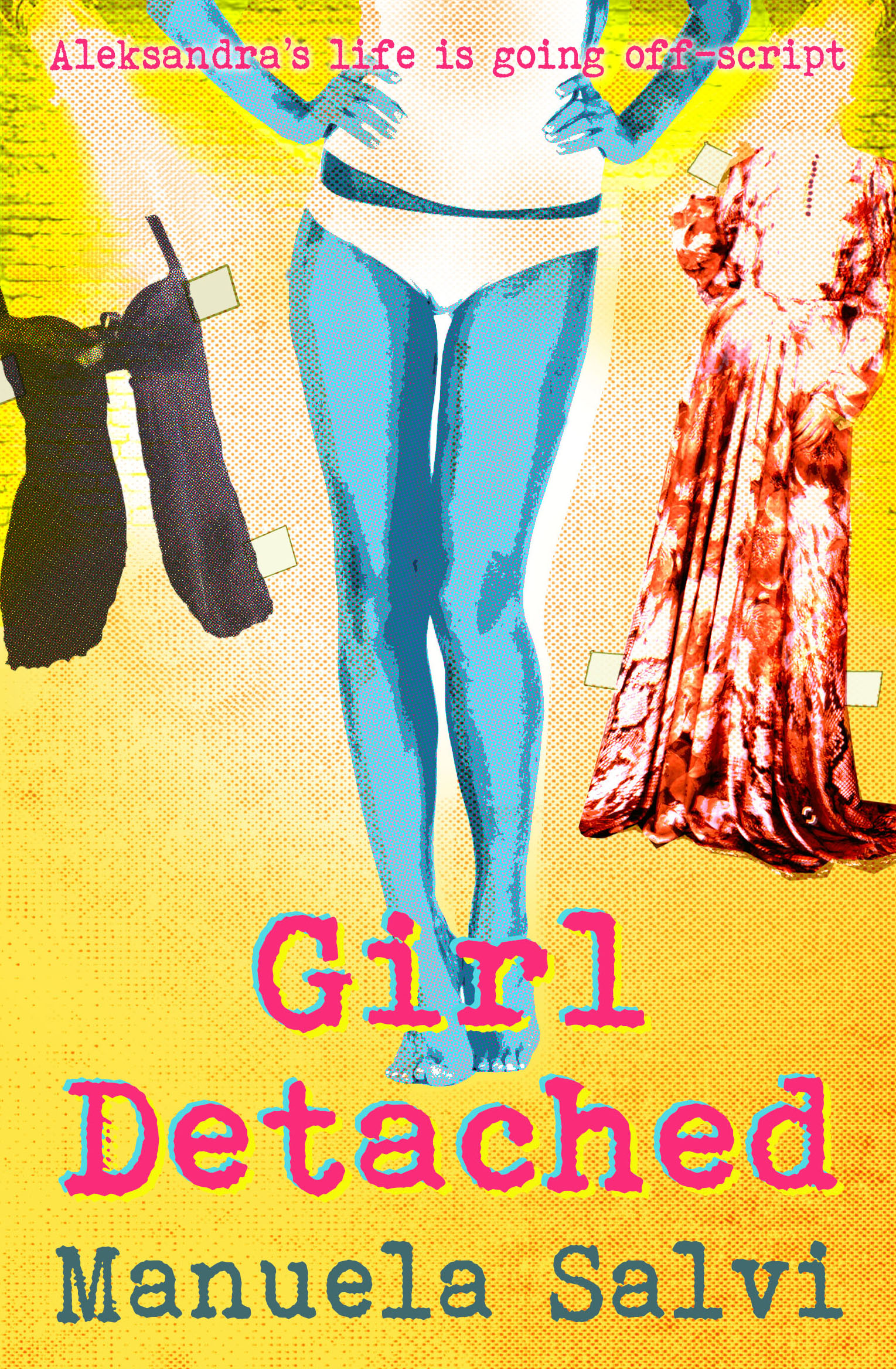 Aleksandra has issues with her voice. Stress makes her stutter, and her life is one of stress. She can only speak clearly on stage, freed by the words of the character she plays. Then, when Aleksandra befriends her new neighbour Megan, and through her meets charming, handsome Ruben, it seems she has discovered a doorway into a different world, and a different Alek. But Ruben wants Aleksandra to play a particular role for him, and it is one that will come close to destroying her.

Following in the vein of iconoclasts Melvin Burgess and Louise O’Neill, it is testament to the power of Manuela’s writing that she was rendered ‘voiceless’ when this novel was banned in Italy and withdrawn from sale.

Manuela Salvi is the author of over 20 books for children and young people in Italy and after the original version of Girl Detached and her picture book Nei Panni di Zaff were banned in Italy due to ‘strong’ and ‘gay’ content, she determined to study censorship and self-censorship in children’s and young adult fiction. She was awarded the Jacqueline Wilson scholarship to study at Roehampton and is working on her PhD thesis and new English-language fiction.

For further information please contact Nina Douglas on:
nina@ninadouglaspr.com  on 07889 367764 or via @ninadouglas@barringtonstoke