Author Bessora and illustrator Barroux joined us at Edinburgh International Book Festival this week to launch Alpha, the story of one man’s epic journey from Côte d’Ivoire to Paris in search of his wife and child, and a better, safer life.

Heartbreakingly powerful refugee book. Sent by @BarringtonStoke for @EmpathyLabUK – to use in our #empathy work pic.twitter.com/uJIA6xCgBY

‘It is a shame that this event only occurs once’

The stunning launch event took a reading from the book to an entirely new level. Actor Thierry Lawson not only brought Alpha himself to life with incredible storytelling, but also the enormous cast of characters Alpha meets on his 18-month odyssey. Barroux drew scenes from the book in his unique, fluid, ink-and-wash style, adding dashes of colour here and there with cheap children’s markers as in the original artwork for the book. Additionally he animated characters and objects and occasionally joined in the action. As one reviewer said, the only thing more one might wish was for the event to have had a full Festival run. 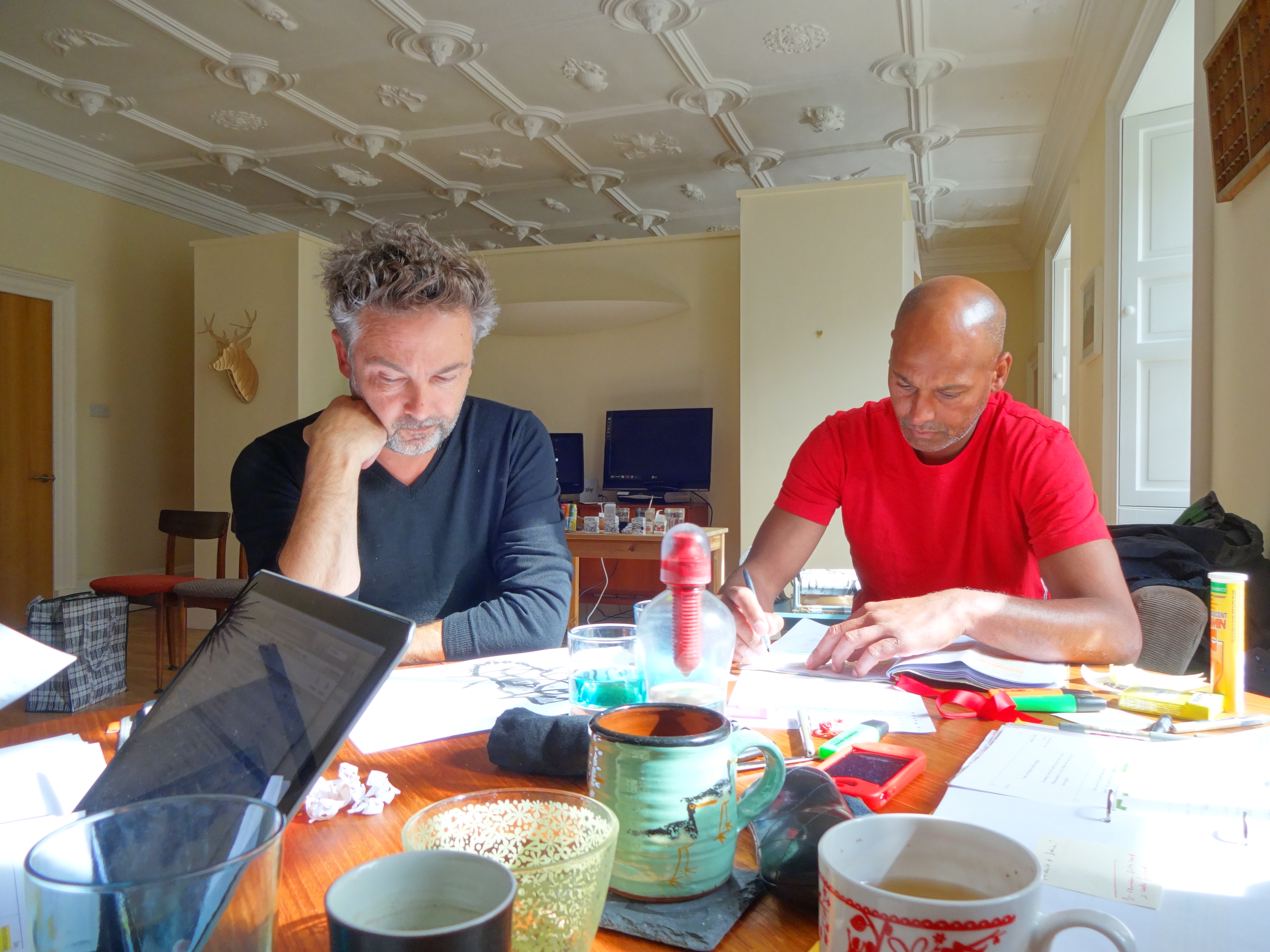 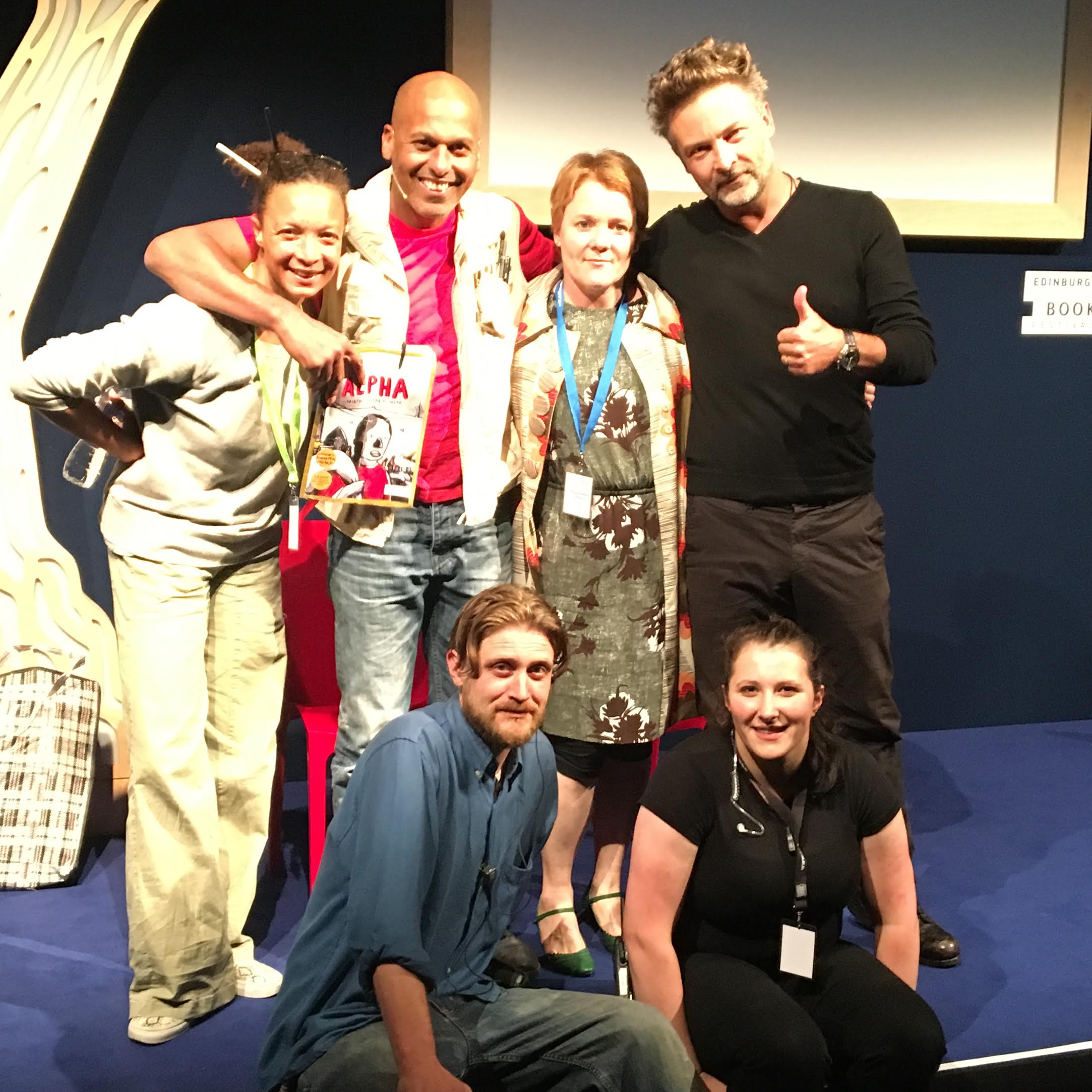 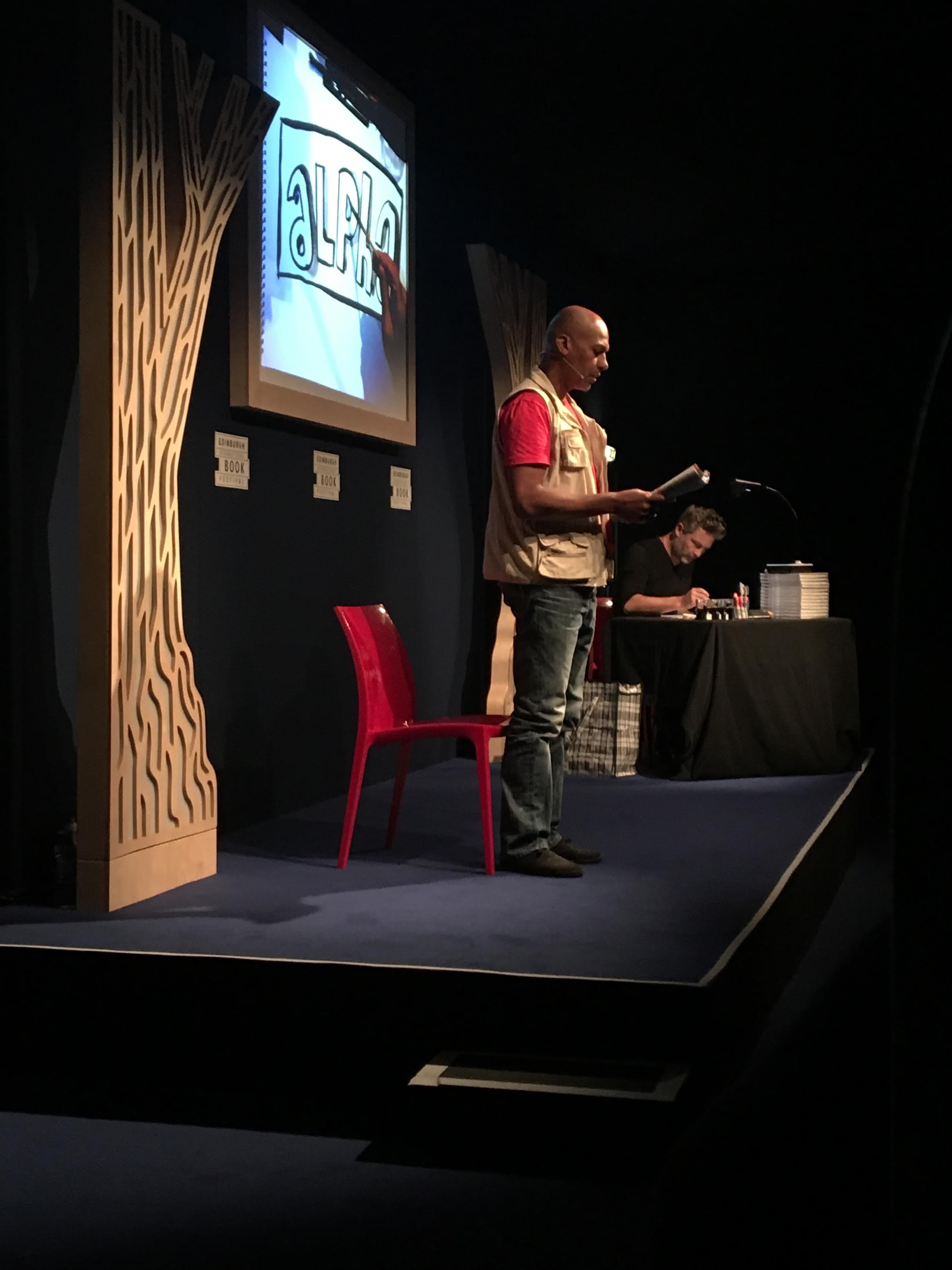 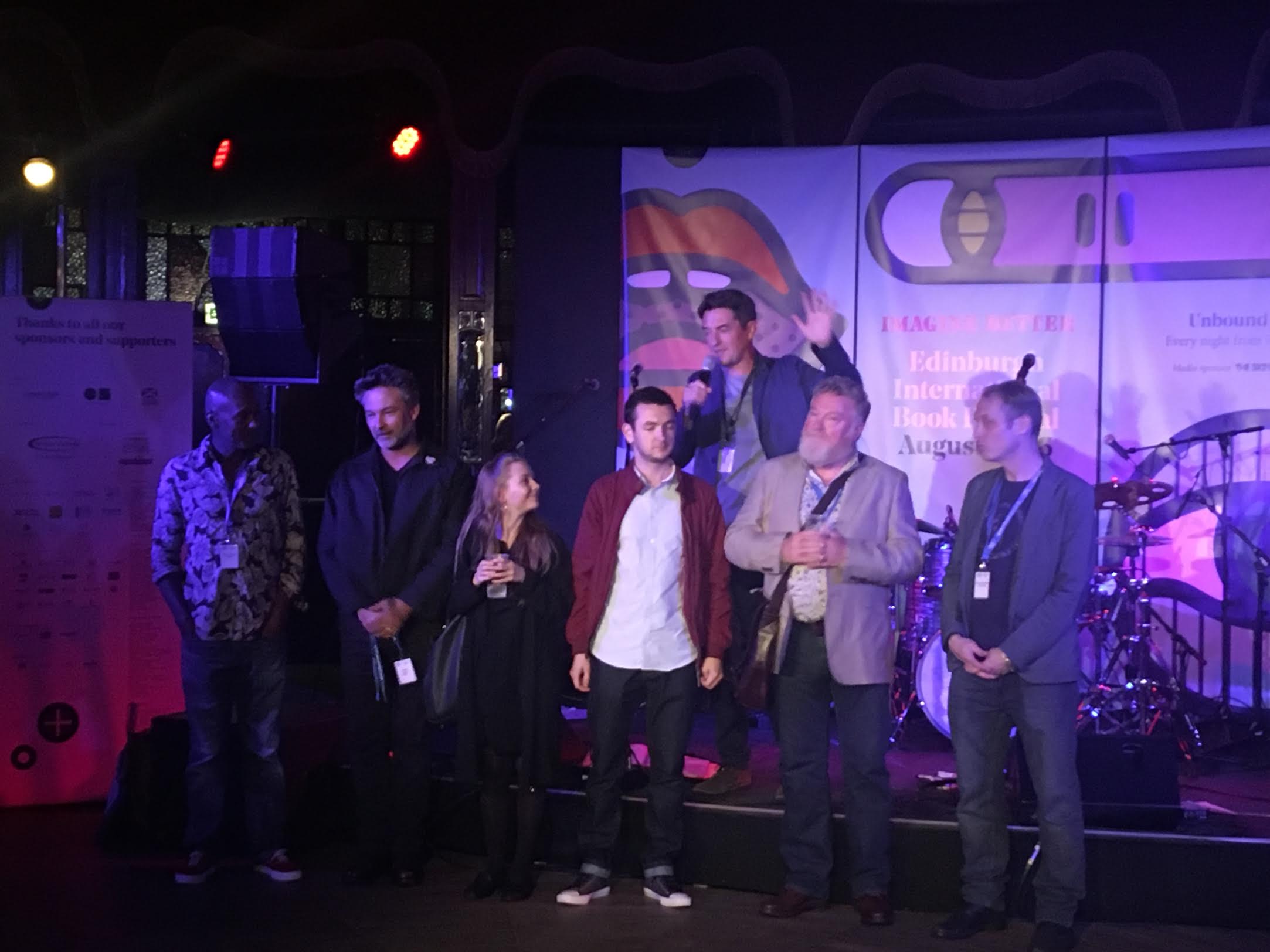 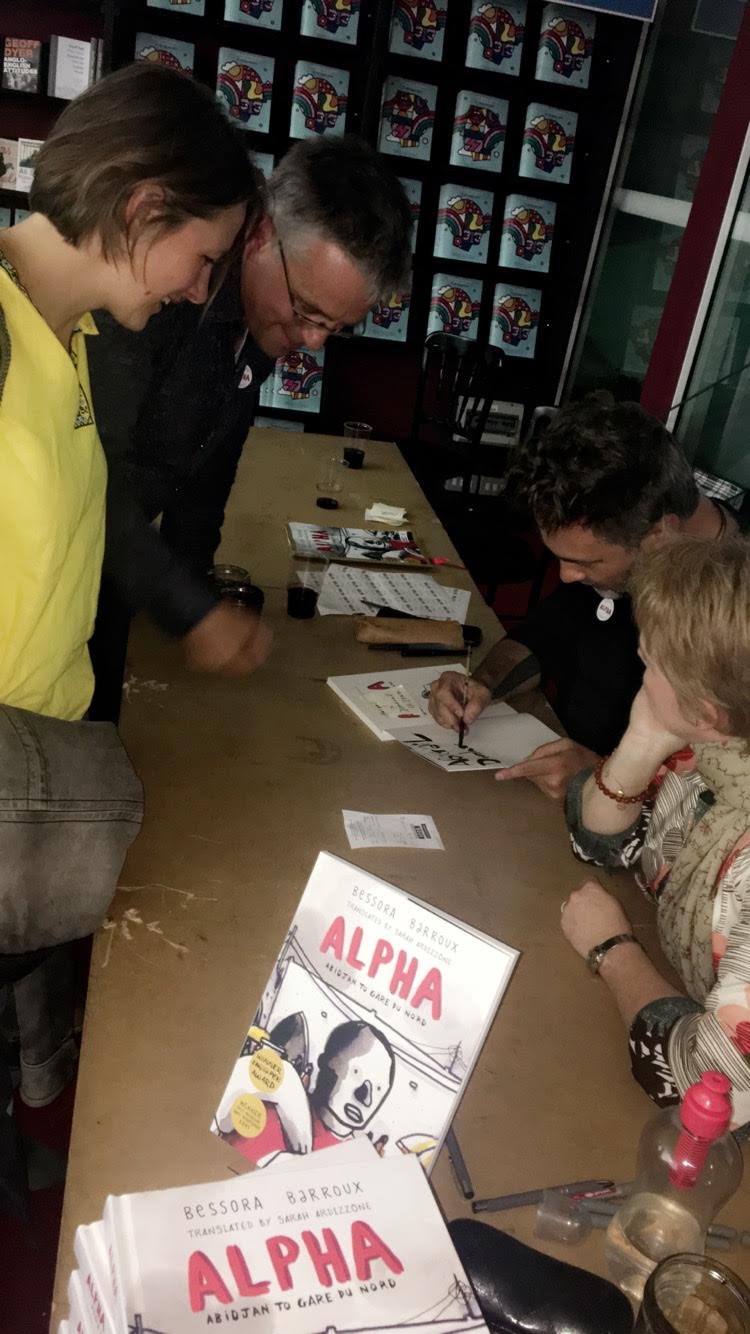 ‘Fiction is a lie that enables you to tell the truth’

In two events featuring translator Sarah Ardizzone, Rowena Seabrook of Amnesty International UK, journalist and human rights campaigner Bidisha and graphic novel creator Karrie Fransman, Bessora discussed her motivation in creating the story of Alpha. She revealed that she researched the book using testimonies recorded by charities and NGOs, and by extensive reading around migration from Africa, but that ultimately, Alpha is her creation – a ‘lie’ through which she can ‘tell the truth’.

'Fiction is a lie that enables you to tell the truth' – @BessoraOnOff #alpha #edbookfest pic.twitter.com/mnqGr5pXUJ 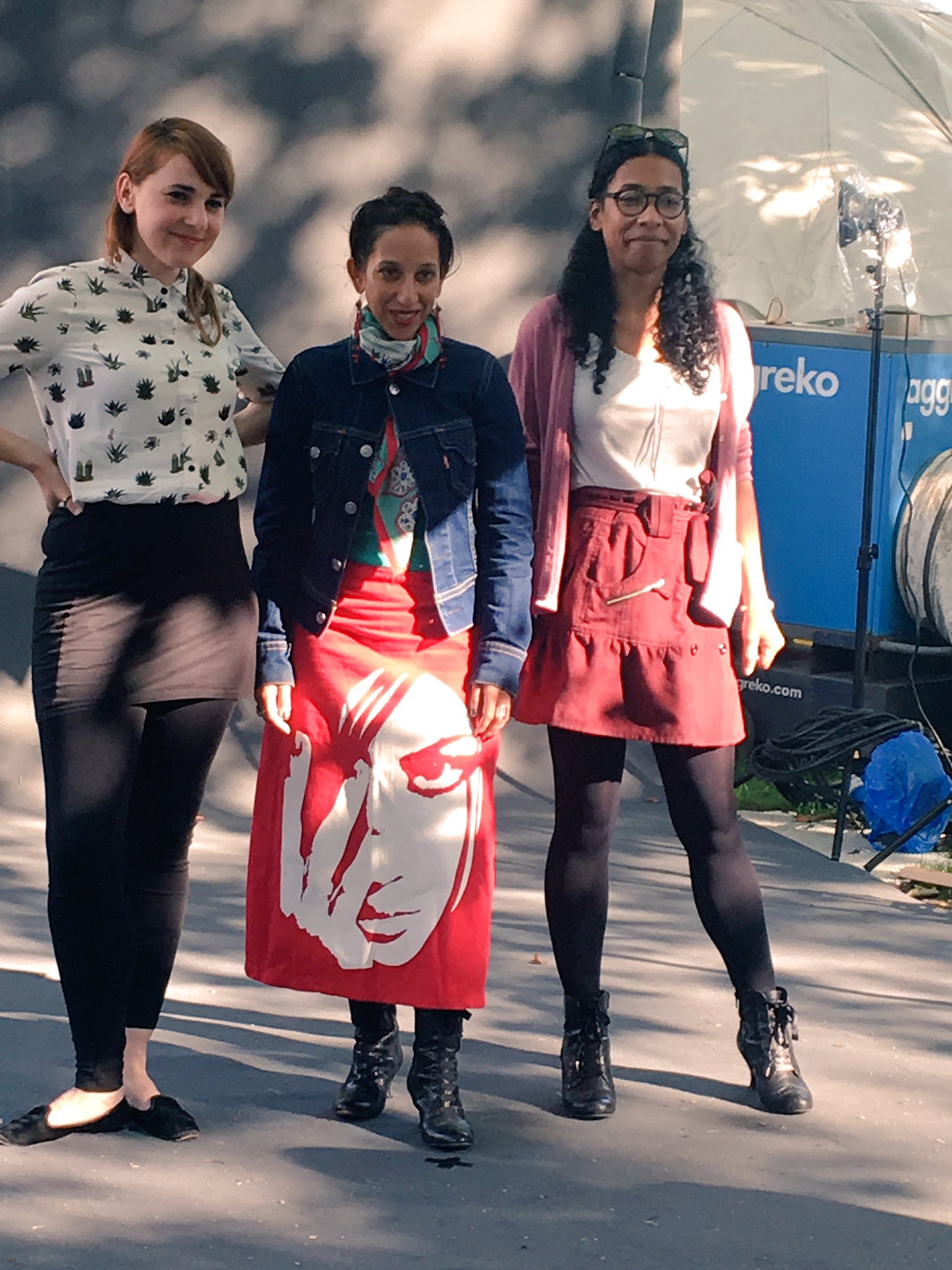 Audiences were particularly keen to discuss the decision to present the book as a graphic novel, and Bessora and our MD Mairi discussed both the impact of the visuals in imparting the specifics of Alpha’s story and the intriguing spaces and interplay between the visual and written aspects of the storytelling. Both panel events also touched on the problematic definition of Alpha as an ‘economic migrant’ and how much aspects of the story challenge current anti-migrant narratives in the press and elsewhere.

The journey is just beginning

Alpha will be back on stage at the South Ken Kids’ Lit Fest later in the year; keep an eye on our social channels and www.thealphabook.org for more updates soon. The website also is crammed with resources to help you explore Alpha with reading groups, students and more. We’ll blog in more depth about the resources soon. In the meantime, visit www.unocha.org/whd2016 to find out more about World Humanitarian Day, and watch Barroux draw Alpha below.