Our new ”˜If I were in charge’ series asks sensible bookish folk the 10 laws they’d pass if they ruled the world. Next up is Mairi Kidd, Barrington Stoke’s MD.

1. There would be a legal limit on the number of books any reading scheme could contain and zero tolerance of ‘bridging fiction’ that locks in children who could be reading real books instead.

2. Anyone working in education who believes that learning to read is the same as learning to decode would be barred from using real language for a three-week period and made to communicate via made-up words from phonics tests instead.

3. People on TV would be seen reading books, newspapers and magazines. Characters in soap operas would visit the library and talk about their children’s reading, schooling etc both in passing and in specific story arcs. The Archers has had a dyslexia plot and Coronation Street a library one. We need more of this.

4. Jackanory would come back.

5. There would be a UK version of this series of posters.

6. Every school would have a librarian, a library jam-packed with gorgeous books and the chance to refresh the stock on a regular basis. Every community would have the same.

7. Every school day would have at least fifteen minutes reading for pleasure built in for every child. 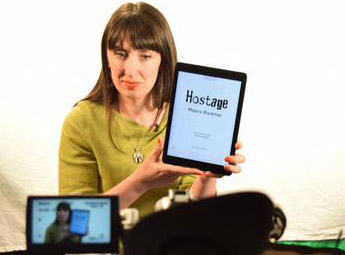 8. Children would be given a library card at birth. Yay for the Scottish Government’s announcement that it is going to do this.

9. All new books would have dyslexia-friendly features.

10. I would introduce a national reading day. It wouldn’t be a holiday – everyone would go to work, school etc but they could put their feet up and read a book once they got there. I think I would call it Terry Pratchett Day.