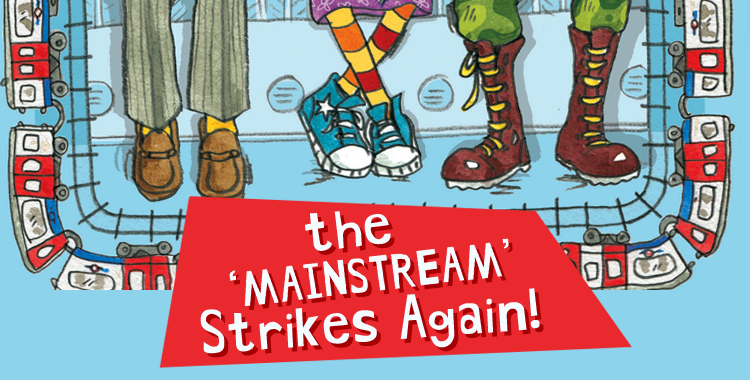 We were invited to speak on a panel at the Publishers’ Association/London Book Fair Inclusivity Conference earlier in the week. Our panel was on ‘Welcoming More Readers’ and we spoke about text accessibility and the pitfalls of categorising reluctant readers or other non-book fans as in any way a homogenous group in terms of tastes and interests. We believe that effectively this is to ‘other’ them by implying that they are less discerning, less varied, less human than ‘us’, the community of readers, writers, publishers, booksellers and so on.

It was inspiring to see examples of a brilliant ad campaign and a fantastic training film for libraries on being autism-friendly that boils down to suggesting we all have a go at being kinder. And Bookbrunch summed up the action required rather brilliantly:

Booksellers need to buy and recommend books to children and readers in which they can see themselves. Publishers need to hire staff who are diverse and can reflect the diversity of the UK in their commissioning decisions, by paying interns and fair wages, instigating diverse interview panels and making sure they interview diverse candidates. It should also become standard for certain accessibility levels to be met on any published book. Libraries need to make room for those with disabilities. Festivals need to put on diverse events, curated by a diverse team. No sector of the industry can afford to pass the buck any longer.
– Bookbrunch on diversity and inclusivity in publishing

We’re doing our level best and will continue to do so. We are shameless in our promotion of our mission of reaching more readers and so grateful for the army of parents, teachers and librarians who help us spread the word.