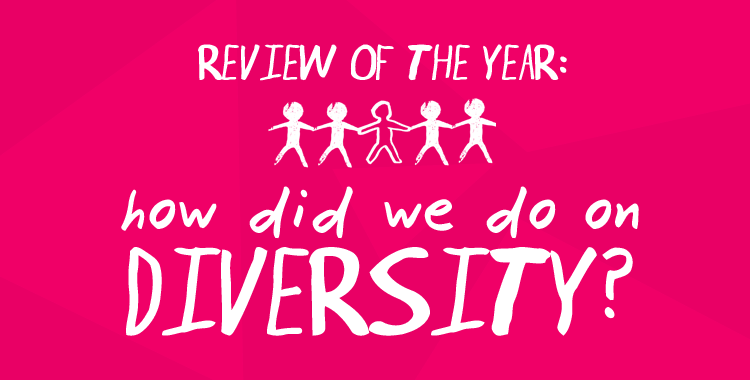 2016 kicked off with the brilliant news that we had been awarded the Alison Morrison Diversity Award at the Independent Publishing Awards. We’re committed to continuously assessing and improving representation in our publishing, so a year of books later, how did we do? 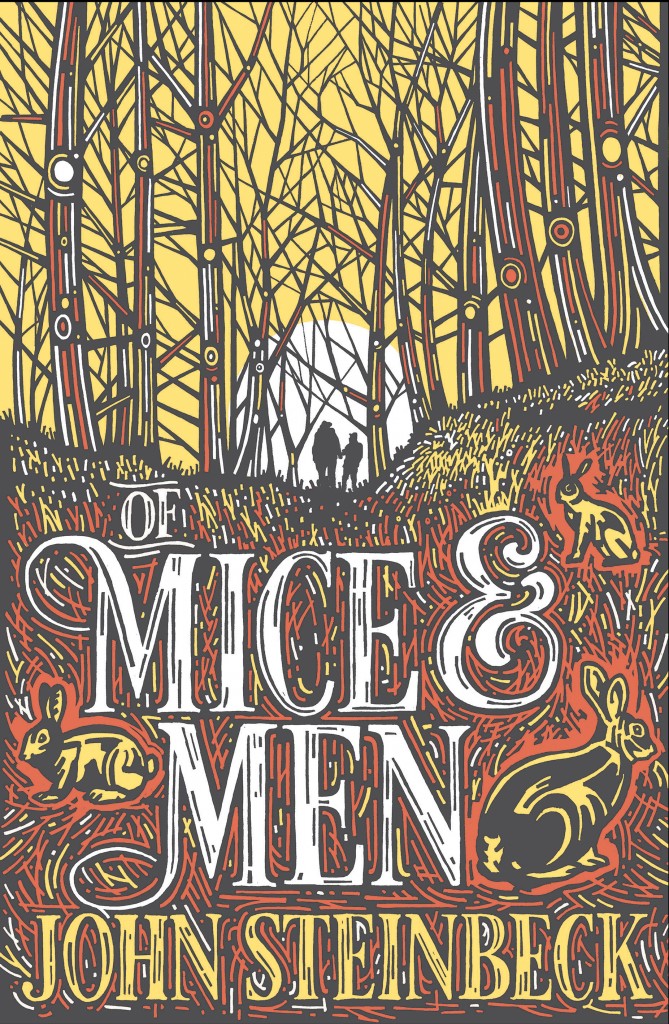 Every book we published in 2016 was edited and designed with an eye to accessibility. In some cases we specifically stickered books as ‘super-readable’. In others we didn’t make any fuss at all about how our responsible and accessible design; after all, we believe that all publishers should pay more attention to accessibility.

With the kind co-operation of Penguin Random House and the Steinbeck Estate, we were even able to issue a dyslexia-friendly edition of Of Mice and Men.

Jeremy Strong’s The Ostrich of Pudding Lane, illustrated by Sarah Horne, and The Genius Aged 8 1/4, illustrated by Jamie Smith, are set in communities representative of the real-world UK, as are Going Batty by John Agard (illustrated Michael Broad), The OMG Blog by Karen McCombie, Car Wash Wish by Sita Brahmachari, the Wings series by Tom Palmer, The Snow Globe by Jean Ure, Mind Writer by Steve Cole and Bulletcatcher: Sniper by Chris Bradford. (Although, as fantasies, the latter two are perhaps less ‘real world than the others!)

Sam Usher’s incredible illustrations for Michael Morpurgo’s We Are Not Frogs feature a black family as the (non-toady) protagonists – still a rarity in picture books. This year we also reissued one of our bestselling titles ever, which centres around a mixed-race family – Julia Donaldson’s Mr Birdsnest and the House Next Door, illustrated by Hannah Shaw. 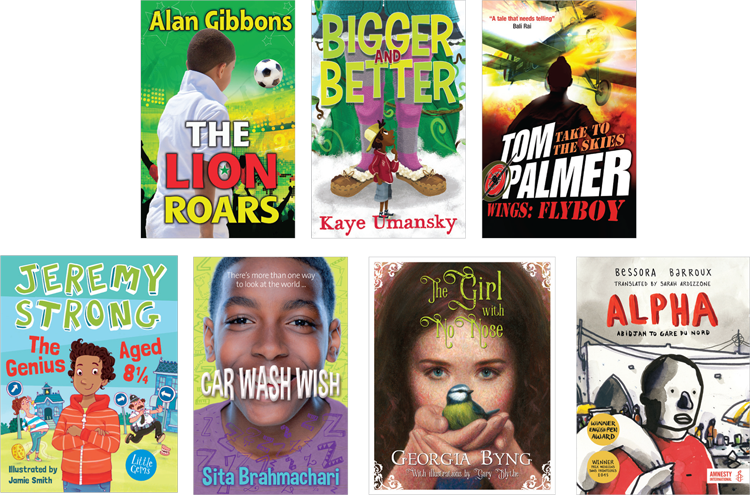 We often hear that the trade will now tolerate BAME characters on book jackets but it must be said that we still don’t see a lot (in fairness, the trend has been away from photographic or particularly literal jacket treatments in recent years). This is an area we feel strongly about and accordingly we had a lot of BAME characters on our covers. John Agard’s Shona in Going Batty, Malorie Blackman’s Michaela in Peace Maker, Gillian Cross’s Nell in Amber’s Song, Kaye Umansky’s Jack in Bigger and Better, Tom Palmer’s Jatinder in Wings: Flyboy, and Alan Gibbons’s Jimi in The Lion Roars take us just to the midpoint of the year.

We’re keen to challenge gender stereotypes and this year we had two female warriors – ninja Cho in Chris Bradford’s Shadow Warriors and heroine of Greek myth Camilla in Caroline Lawrence’s Queen of the Silver Arrow. We had a Victorian maid run away from a situation of some danger in men’s clothing in Mary Hooper’s A Dark Trade; ‘George’ then goes on to make a life for herself with a close female friend who may also become a lover. Coincidentally our retelling of Twelfth Night by Jane Eagland – The Greatest Show of All – also features a girl who cross-dresses to escape the constraints of her gender, and a gay love story. The narrator of Non Pratt’s Unboxed, Alix, finds that even though she is confident in her sexuality as a young adult, discussing it with her childhood friends doesn’t come easily. On the other hand, there’s a two-mum family in The OMG Blog by Karen McCombie, and it’s no issue at all. 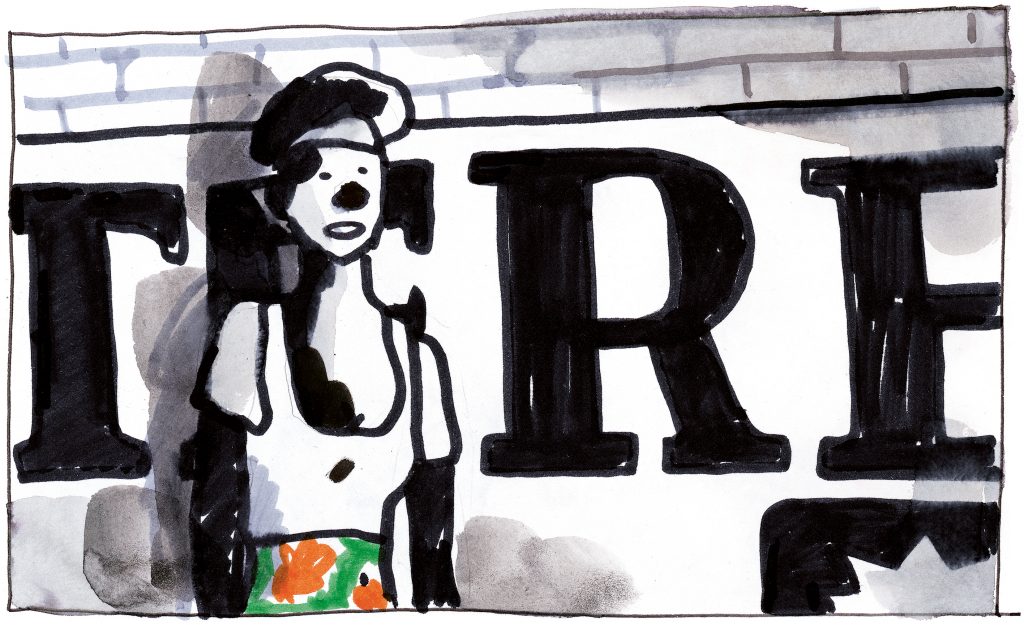 Our Bucket List title Alpha follows one man’s epic and awful journey as he attempts to make his way from Abidjan in Cote d’Ivoire to Paris where he hopes to find his family. The book is a brutal reflection of the reality for many refugees and we were overwhelmed by the support it has been shown, especially at Edinburgh International Book Festival and the South Ken Kid’s Lit Fest.

Jackie Morris’s gorgeous The White Fox follows an Inuit boy as he comes to terms with his identity, and his longing for home. 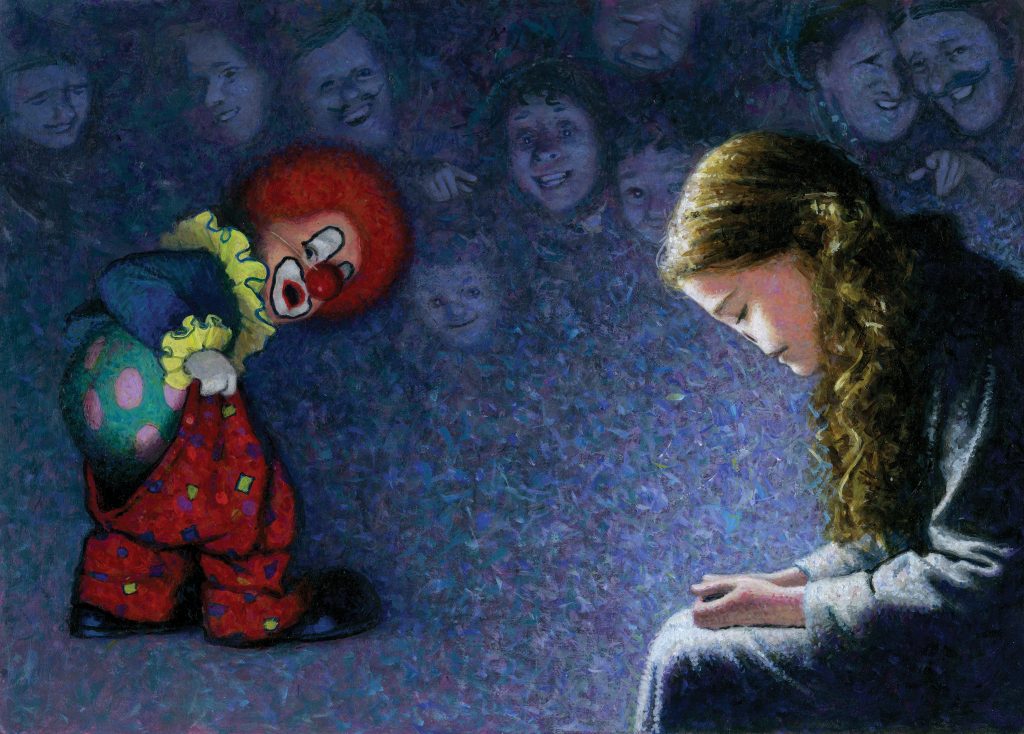 Hudson in Car Wash Wish by Sita Brahmachari has Asperger’s Syndrome, giving him some interesting takes on life as he prepares to weather a particularly difficult time for his family. Anna Liza and the Happy Practice by Eoin Colfer (illustrated Matt Robertson) looks at mental health, including child mental health and the effects of parental ‘sadness’ on young people. Lennie in Thicker than Water, Anne Cassidy’s reimagining of Of Mice and Men, has unspecified special needs which make the world a dangerous place for him. Special mention must also go to Georgia Byng and Gary Blythe’s The Girl with No Nose, a wonderful story celebrating difference which was Times Children’s Book of the Week on publication. 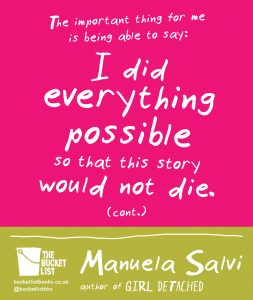 We are loath to bracket authors as ‘BAME’ because we publish all of our authors on the basis of talent and profile. On the other hand, we know that it’s vital that we publish a range of voices. In 2016 we published BAME writers across our list. For the first time ever we also published a censored author – Manuela Salvi, author of Girl Detached, who saw two of her books banned in her native Italy for their frank appraisals of gender politics.

We were able to offer a paid internship this year and to support the visa application of our wonderful Publishing Assistant Rita, who spent the year with us from the Philippines. Rita finishes in December and we will miss her hugely – happily she has been accepted into a PhD programme in Scotland and will return on a part-time basis in the New Year. Yay!

We remain hugely committed to diversity and wide representation; check back in the New Year to find out more or get in touch to request a January – June catalogue to see our titles for the first half of 2017.