Today we play a quick round of Five Questions with Meg Rosoff, winner of the 2016 Astrid Lindgren Memorial Award and author of Good Dog McTavish (illustrated by Grace Easton).

But first, let’s get to know Good Dog McTavish in Meg’s own words! 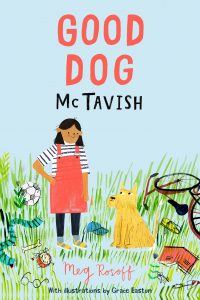 Can you describe your story in 5 words?

Can you tell us about the particular inspiration behind your story?

I’ve recently moved from North to South London (which some people equate to moving to Bolivia) and hated leaving my dog-walking friends behind. When you spend the first hour of every day with the same people, you become very close. But dog people all talk to each other, and I met McTavish and his lovely owner, Linda, within a few weeks of moving.  I immediately fell in love with the comic possibilities of a big-headed, opinionated dog with a hilarious name. (He has a pretty hilarious attitude as well.) My first thought was that someone should write a book about McTavish. I looked around the park and seemed to be the only writer present. 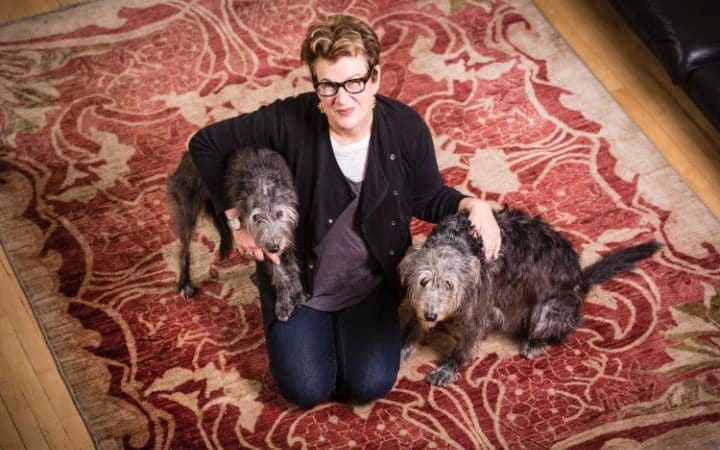 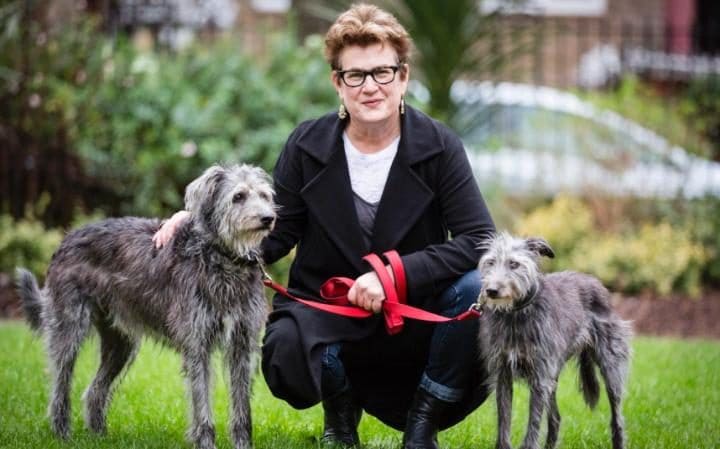 And now on to Meg, herself!

What appeals to you about reading or writing short fiction/ novellas/ short stories?

I try never to use 10 words when five will do. Whether for a picture book or a novel, I don’t want to tell the reader what to think – it’s their job to draw the conclusions. It’s lucky I’m not paid by the word.

Who or what made you into a reader? Can you remember a specific book or moment?

I had three sisters and my mother read to us constantly. The stand-out books from my childhood were Go, Dog. Go! which was a strange and very funny story using very few words (and about dogs, obviously), and The Cat In The Hat – my first anarchist character and the one I still probably love best in all of literature. Those pathetic nervous children! No mother! And the slightly threatening presence of The Cat and Thing One and Thing Two. I always had a slightly surreal imagination, but I suspect it originated with Dr Seuss.

Do you have a regular writing/ reading routine?

I either write all day and all night, or not at all. I need to have an idea, which for me is always the most difficult thing, and then it’s like flicking a switch. Between ideas, I mostly shop online, answer emails and wander around London with my dogs.

What’s the nicest (or worst!) thing anyone’s ever said about your books?

The first book I wrote was a picture book called Meet Wild Boars. An early reviewer on Amazon said the book set a bad example for children and didn’t provide any moral come-uppance for the dirty, smelly, bad-tempered boars. That made me feel like celebrating.

Which book do you wish you’d written? 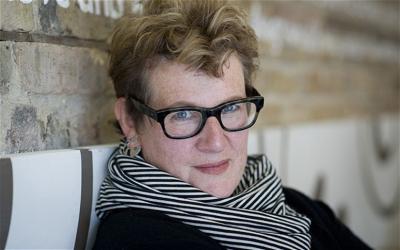 Meg Rosoff grew up in a suburb of Boston and moved to London in 1989. She spent fifteen years working in advertising before writing her first novel, How I Live Now, which has sold over one million copies in thirty-six territories. It won the Guardian Children’s Prize and the Printz Award in the US and was made into a film. Her subsequent novels have been awarded or shortlisted for, among others, the Carnegie Medal and the National Book Award. Meg’s latest book is Jonathan Unleashed. In 2016, she won the Astrid Lindgren Memorial Award. Meg lives in London with her husband, their daughter and their dogs.