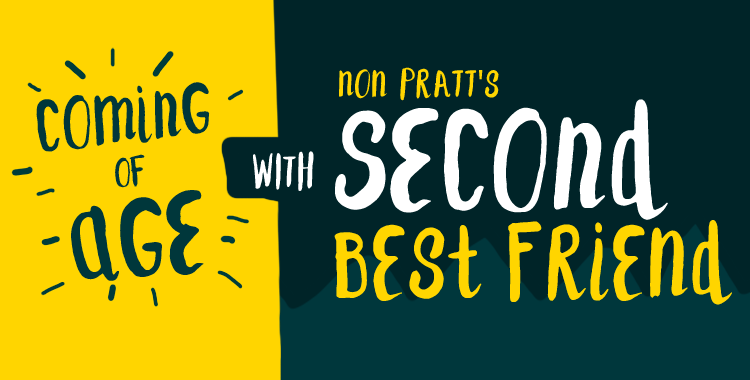 Politics and popularity clash when two girls are pit against each other to win the hearts and votes of the people in their school. Non Pratt delivers yet another sharp and timely tale about coming of age and the bumps along the road while getting there. 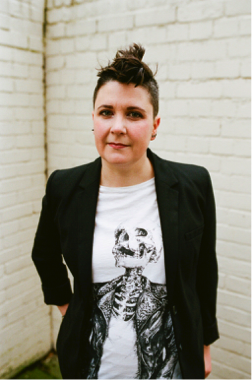 Non Pratt is the award-winning and much-loved UKYA author of Trouble, Remix and the upcoming Truth or Dare (all Walker Books). Non’s first novella for Barrington Stoke, Unboxed, was the second biggest selling YA title at YALC (YA Lit Con at London Film and Comic Con) 2016.

This original story for Barrington Stoke is a classic Non Pratt combination of friendship and finding yourself, and this novella tackles head-on ideas of popularity alongside a timely exploration of the electoral process.

Jade and Becky are best friends, but when Jade’s ex-boyfriend lets on that everyone thinks Becky is the better of the two, Jade finds herself noticing just how often she comes second to her best friend. There’s nothing Jade is better at than Becky. So when Jade is voted in as Party Leader ahead of her school’s General Election only to find herself standing against Becky, Jade sees it as a chance to prove herself. If there’s one thing she can win, it’s this election – even if it means losing her best friend.

Non says of this new story:

“Teenagers are used to being weighed and measured by the curriculum, but also by their peers, both online and off. I wanted to tackle that feeling of always losing out in a world where only the winners are lauded – how it can warp your sense of self and make you act shamefully. Politics seemed like a natural home for a story like this one…

Barrington Stoke did such a fantastic job with Unboxed and I’m looking forward to working with them again on Second Best Friend.”

Second Best Friend by Non Pratt will be published in January 2018, joining Barrington Stoke’s bespoke collection of YA titles in beautiful, collectable and super-readable editions (£7.99 paperback).

“It was such a wonderful treat to work with Non on Unboxed, her glorious, whip-sharp first book with Barrington Stoke. The intensity and power of her storytelling quite blew us away – as did the heartfelt, engaged response of Non’s many fans, new and old. To have the opportunity to publish Non again, with Second Best Friend, and to offer our readers another of her beautifully pitched, witty and emotionally resonant short novels is a dream come true. I love how Non has taken the idea of an election – of life as an oddly distorting popularity contest complete with unnerving politics, power play and allegiances – and imagined it into a world so relevant to young adults today. Her characters are instantly recognisable – we can all identity with Jade’s troubles with friends, relationships and with her own sometimes shaky sense of self – and will speak directly to readers’ hearts and minds. Second Best Friend is Non’s second novel with us, and I am thrilled that it is every bit as gorgeous as her first.”

Non Pratt started her career working on non-fiction activity books at Usborne, before becoming an editor at Catnip Publishing. Her debut novel Trouble shortlisted for the YA Book Prize and the Branford Boase Award, with rights sold to the USA, Germany and Brazil. Her second novel, Remix came out in 2015 and a novella, Unboxed for Barrington Stoke in 2016. Her third novel with Walker Books, Truth Or Dare will come out in summer 2017, followed by Second Best Friend. Originally from Teesside, she now lives in London and is a regular visitor to schools and festivals across the UK.