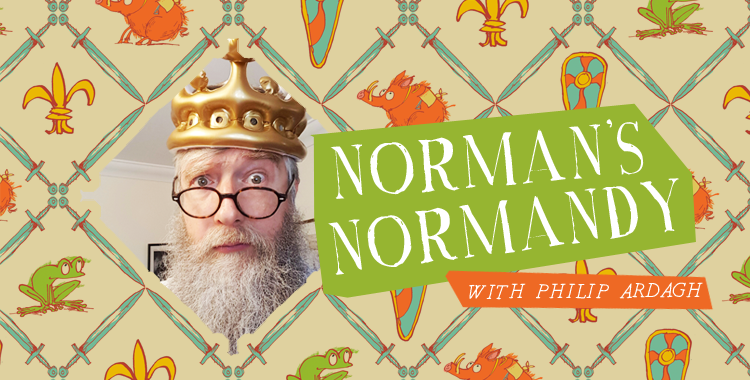 Even silly stories need to set the scene. Which is why Philip Ardagh went across the English Channel to Normandy, taking in all the sights, sounds and… smells to make Little Norman’s big world come to life. 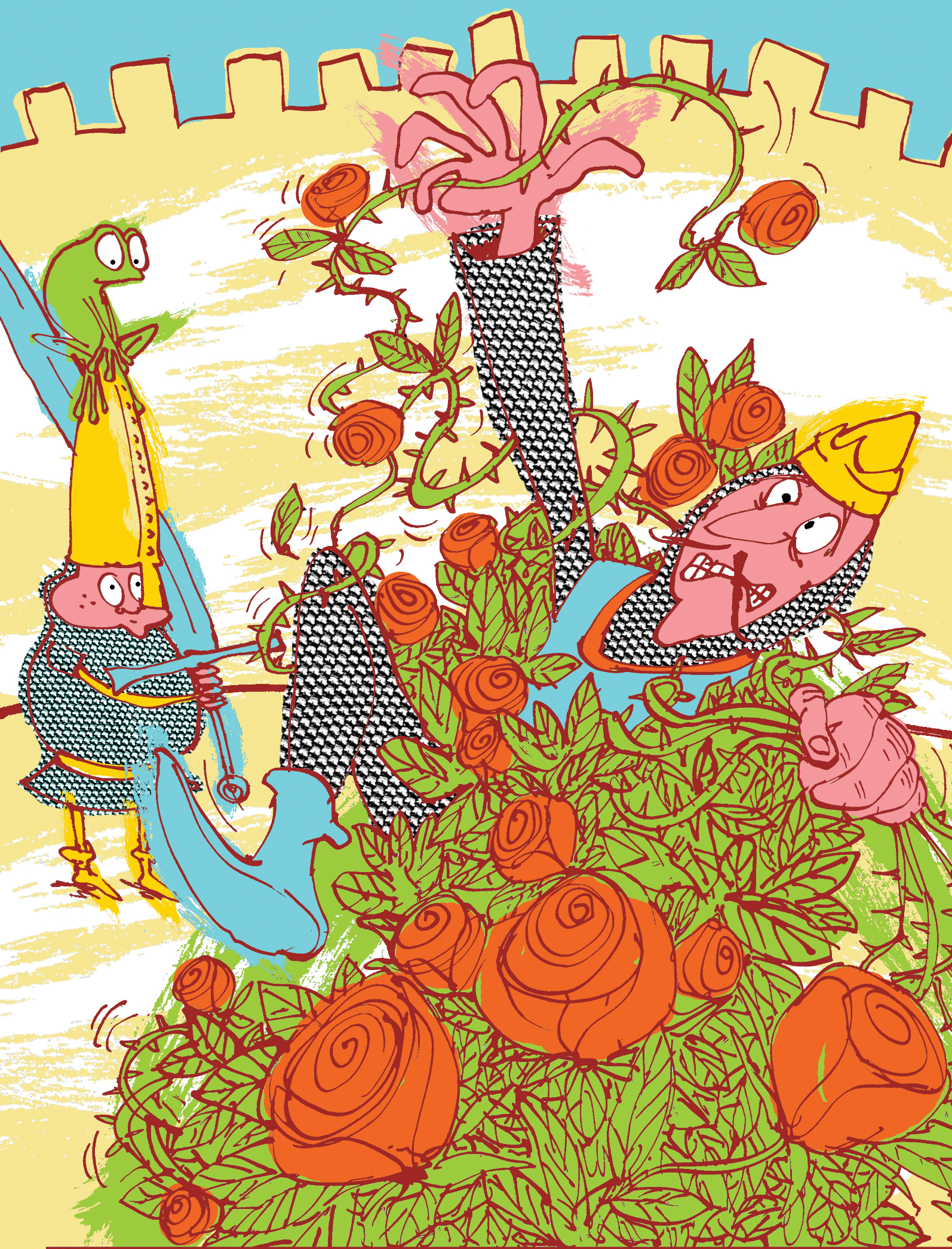 I’ve written history books. I’ve even written historical fiction where the facts are accurate even if the story is silly. Norman the Norman from Normandy fits into neither of these categories. Tom Morgan-Jones even went so far as to draw a Norman broad sword nothing like a Norman broad sword – he has it tapering to a point – just to SHOW how disgustingly inaccurate we are. (Then he went and did all the armour and chainmail and flags perfectly accurately, so that the book has a real feel of 900+ years ago, without the reader even realising it, but as filtered through his special crazy glasses.)

Recent research for book set in Normandy. This is in Scotland but the castle is french in 'Holy Grail' so that counts right @PhilipArdagh? pic.twitter.com/nqBng2ryDZ

I, on the other hand, made the effort to go to your actual Normandy, @TomMorganJones, so, between us, we should be FINE… @BarringtonStoke pic.twitter.com/eBaVDhnehu

So why did I bother to go to Normandy to research it? Why did I visit the castle on the site of William of Normandy’s Castle? Why did I visit churches, cathedrals and museums? Why did I talk to re-enactors and handle replica armour and weapons? Because however much I don’t say – however much I leave out – I want to have absorbed the atmosphere of the locale and of the period; to have soaked it all up so I can imagine it and THEN turn everything on its head. The best pastiches have to have a real understanding of the original before making something new and fresh in its own right. Not that this is a pastiche.

I wanted Norman to be a very simple, fun story in a believable historical setting but with a modern feel. No one drinks Coke in the story but I may say that someone’s gone as red as a Coke can, for example. And what I also wanted was chopping off of heads. Not in a Horrible Histories oh-how-gruesome kind of way, but in a fun oops-a-daisy-watch-what-you’re-doing-there kind of way! 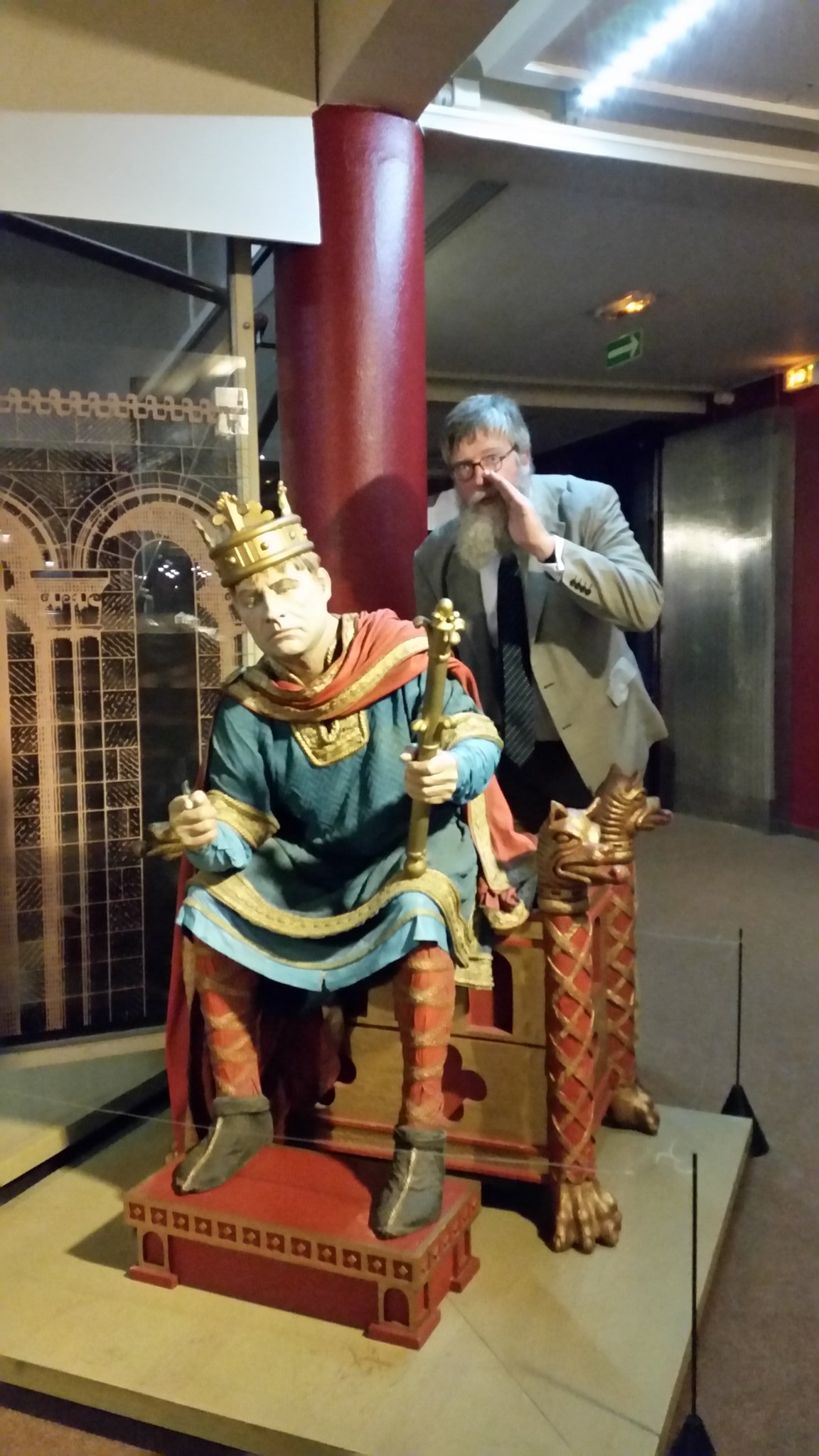 And what was my biggest surprise on my trip to Normandy? The Bayeux Tapestry. I’ve seen photos and films of it since I was fresh from the egg, but I was amazed by how small it was when laying eyes on it for real. Not in length. Let me tell you, it’s loooooong. But in height. So different to what I’d imagined. And SO beautiful.

The Bayeux Tapestry, Duke William (later William the Conqueror) and his tiny wife Matilda, all feature in the NEXT Norman the Norman from Normandy book, so my research trip was worth it for that alone. Au revoir! 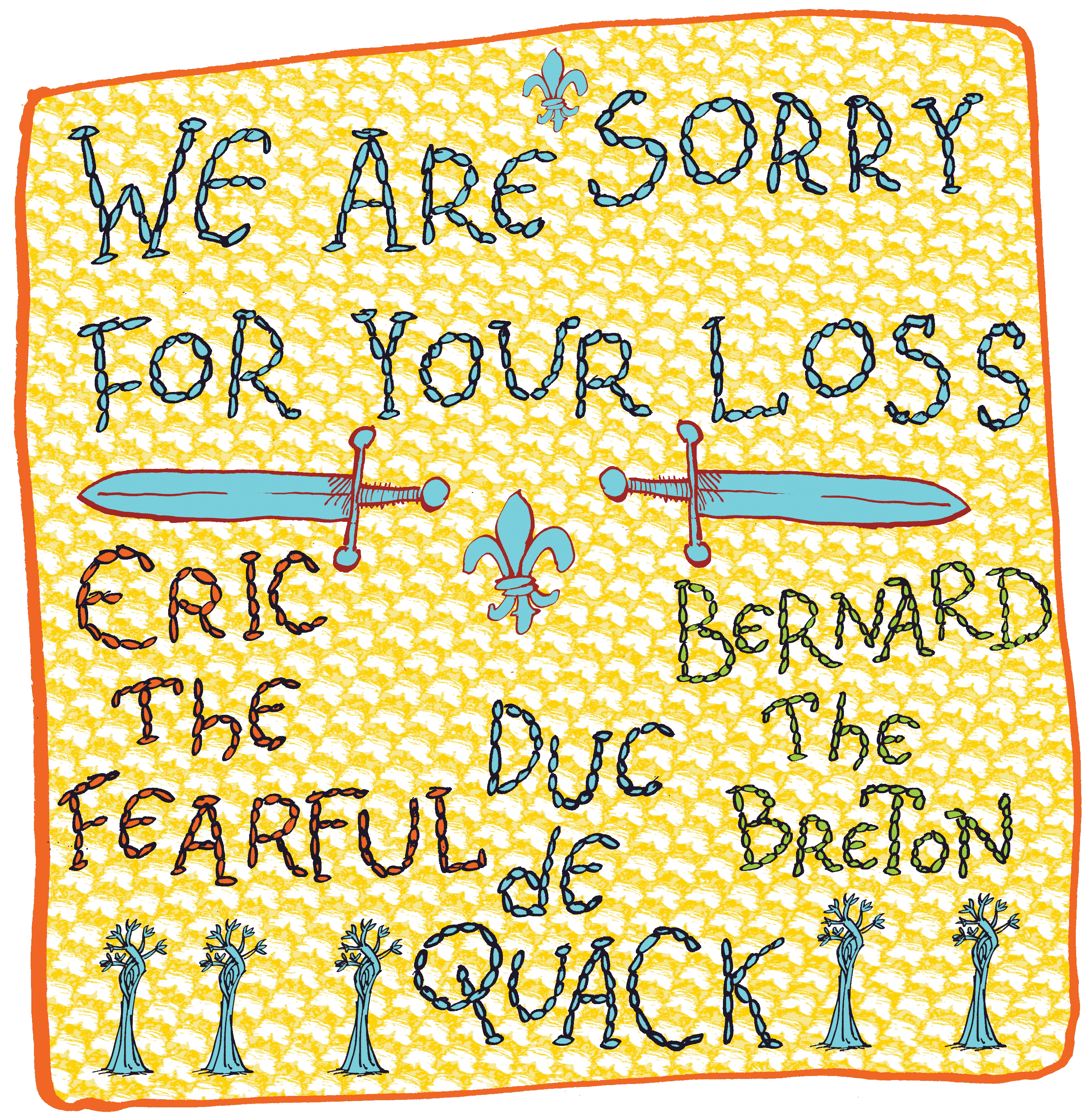 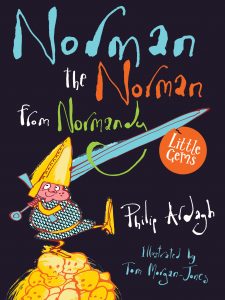 Thanks Philip! Can’t wait for Norman’s next wee adventure!

Click here if you want to find out more about Philip Ardagh and Tom Morgan-Jones, the hilarious (and excessively tall) duo behind Norman the Norman from Normandy.

And click here for chapter samples and more information about the book itself.