Today we play a quick round of Five Questions with Anthony McGowan, author of the highly acclaimed stories about Nicky and Kenny, including the latest addition, Rook.

But first, let’s get to know Rook in Anthony’s own words! 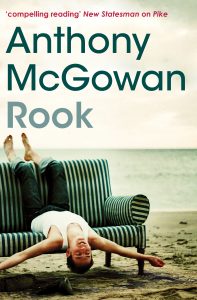 Can you describe your story in 5 words?

Two boys and a bird.

Can you tell us about the particular inspiration behind the story?

All of the Nicky and Kenny books (Brock, Pike and now Rook), which combine gutsy social realism with nature writing were inspired by A Kestrel for a Knave, by Barry Hines. But also there’s a lot of remembering going on – the characters and setting are stolen from my youth in a small town in Yorkshire. One of my key goals was to show Kenny – who has moderate learning difficulties – growing as a character, becoming more independent. And I wanted to add a little romance – so Nicky sort of almost gets a girlfriend. But the old themes of bullying, kindness, and friendship are still to the fore.

And now on to Anthony himself!

What appeals to you about reading or writing short fiction/ novellas/ short stories?

There’s a simple joy in finishing a book – closing the cover and letting the meaning thrum in you, the way the last notes of a song resonate. And the shorter the book, the sooner you get to that satisfying conclusion. And brevity forces a writer to be at their best on every page, in every sentence. There’s no room for padding or waffle.

Where is your favourite place to find inspiration and/ or write?

I like to work in the British Library. It’s a place that both soothes and stimulates. It is exactly the right level of quiet. No talking, but the susurrus of pages being turned or heads being scratched, of pencils working their way over paper. And I like the way I’ll occasionally bump into an old acquaintance.

Who would you love to collaborate with?

The main way in which a writer for young people collaborates is with an illustrator and/or a designer – a book is never simply a matter of words – it’s always a composite work of art, a thing, at its best of visual and tactile splendour. I’ve been lucky enough to work with several brilliant illustrators – including the dark genius that is David Tazzyman. And I have a book coming out later in the year with the great Chris Riddell. All of the books I’ve written for Barrington Stoke have beautiful decorative elements designed by Staffan Gnosspelius, which make them feel very special, as objects.

It’s less common, of course, to collaborate with another word-person. However for the past three years I’ve been working with the incredibly brilliant Joanna Nadin, on a joint YA romance, called Everybody Hurts (out in August!). I’d love to work with Jo on another book, but I’m not sure she could put up with my fecklessness – she’s incredibly efficient and productive, whereas I mooch around all day.

I’ve been in talks lately with the theatre and film director Marcus Romer about working together on a film or stage adaptation of the Brock–Pike–Rook trilogy, which would be amazing. He has enough energy and enthusiasm to compensate for my downbeat pessimism!

What one piece of advice would you give to someone who wants to start writing their own stories? 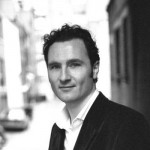 ANTHONY McGOWAN has written several young adult novels including Hellbent, Henry Tumour, The Knife That Killed Me, the last of which was adapted into a highly acclaimed film in 2014. Anthony has also written widely for younger children, including the award-winning Donut Diaries series, and Einstein’s Underpants, which was short-listed for the Roald Dahl Funny Prize. His upcoming novel, The Art of Failing, is due to come out later this year. He lives in London.